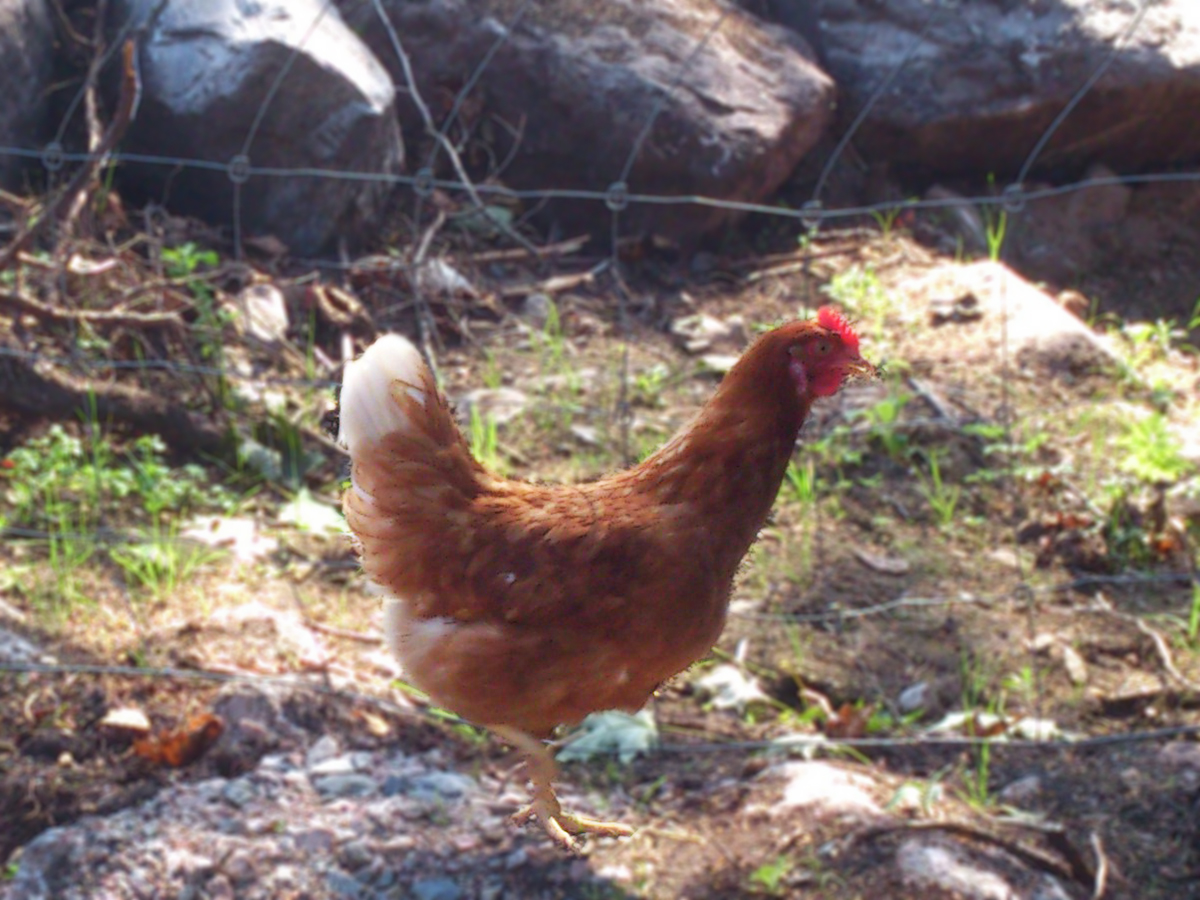 We get up late today, and wander around gardening, tidying, reading and sitting around in the sun. The hen has returned and spends most of the day wandering around the garden to the consternation of the cat, who doesn’t like it.

There are a lot of hens but only three wander around the farm. The others could but don’t. The three wander along the road and sometimes down to the beach, but they have not been in our garden until yesterday. The other two go everywhere together but this one wanders on its own, and seems completely unafraid of us or the cat.

I will go down to the beach to swim and wash myself and discover that some of the sheep have walked round the end of their fence and are playing in the sea, drinking and splashing.

Later we will do a final load of washing, and Irma and Naa will drive to Benitas to use the rubbish bins and get some fresh drinking water. I will clean the house while they are gone. This is a sisyphean task because leaves and dust blow in even while the cleaning is taking place so it is never completely clean. Logically, though, if we didn’t clean it then it would get even dirtier and at some point we would be unable to breathe in the dust and pollen, which used to happen at Brännäs. So I clean in the belief that I am removing dirt slightly faster than it is arriving.

For some reason this will make me think about Auo: probably because one team has gone to Sandholm and the other team is now just me. It has been a strange summer without her. I would be lying if I claimed that it has been constant sadness, but she has come to the front of all our minds very often, and I have missed her enormously. Things just seemed a bit duller: we haven’t used the boat or the trampoline this year for the first time ever because those are things where Auo led the way. We haven’t actively avoided them, it’s just that nobody has said “let’s going rowing now”, and so we haven’t.

At one point last week I felt “We have learned everything we can from this and some of the things I have learned surprise me. But enough’s enough, we have done it, you can come back now”. That’s how I feel sometimes.

We will eat pasta with fresh vegetables and herbs; and then go to bed early because tomorrow, after breakfast, we return to Helsinki. This is the last day of the summer vacation and, as always, I could do with another month. As always, in fact, I think at this point that I would like to live in California where the weather would be like this every day of the year.