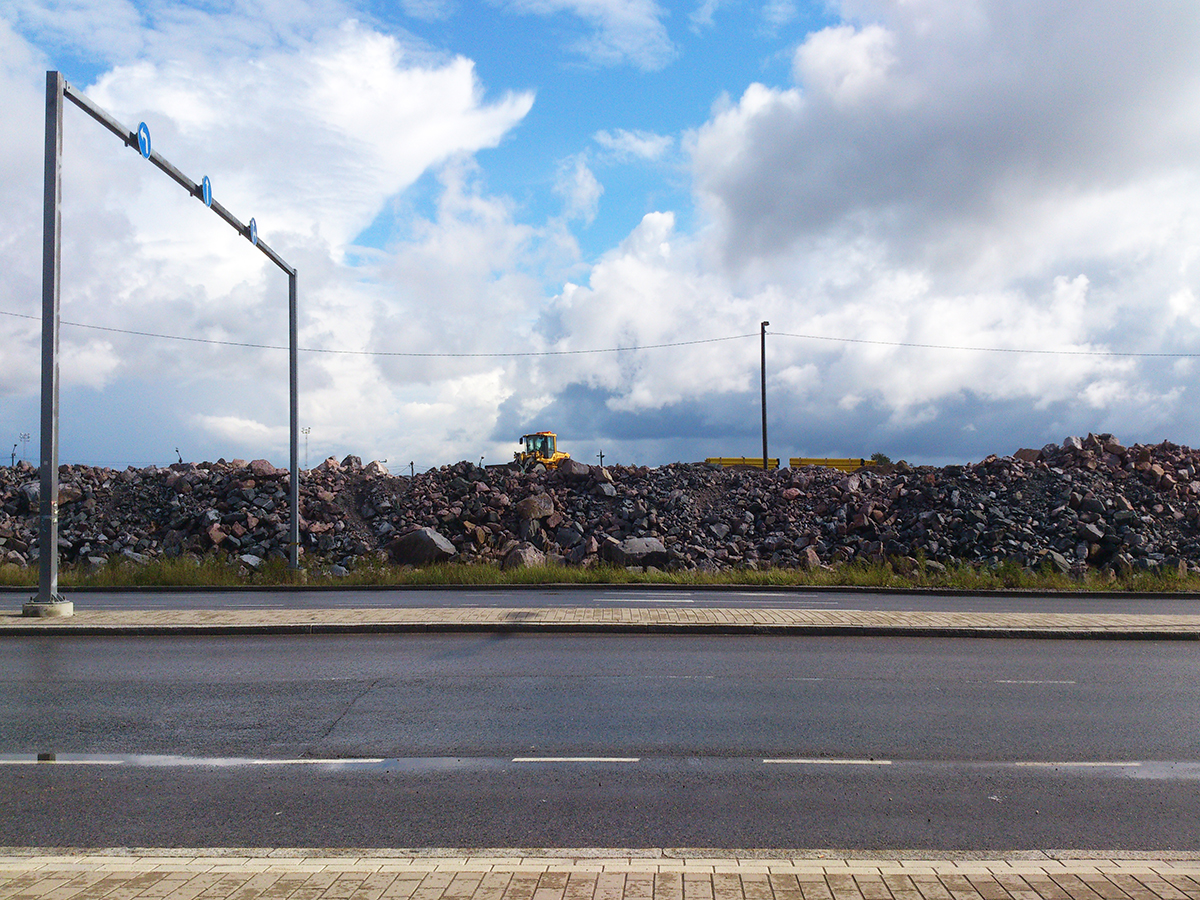 At Arcada I told Johnny about a dream I had had and asked him if the mathematical formula meant anything to him. It didn’t. He suggested I ask Badal so I did, but it meant nothing to him either. As a mathematician it interested him though. I had dreamed that Irma and I were at a gameshow hosted by Reidar Wasenius and he had promised a weekend in New York for the first person to give him the next number in the sequence 2 – 4 – 16. As I put my hand up I woke up realising that the answer is 256. I picked up my phone and worked out the next number because I was half asleep and unwilling to work it out in my head. It is 65,536.

I spent the rest of the morning finishing the unpacking, and by 11:30 I had all my books in order, all my boxes tidily stacked up, and no mess on the floor or table. I left for Pixelache.

Now I am walking past the natural gas station and over the other side is the continuing crater that is the New Kalasatama, or will be one day. At Pixelache I will have two bowlfuls of Antti’s red hot bean stew while discussing next year’s plans with a group of fifteen or so.

In the evening Irma and I will go to Stockmann to amend her birthday present, and I will be glad we did, because sorting these Nomination parts properly is a specialist task and beyond my capabilities. I will buy a jacket and then, in the deli, we will meet Cata and Jokke, and all buy more putinjuusto.

Naa will be home late from the rehearsal for her first A Level, and she will be very happy with how it went. Irma will be overwhelmed with sadness about Auo, so the celebrations will be muted but they will be there.