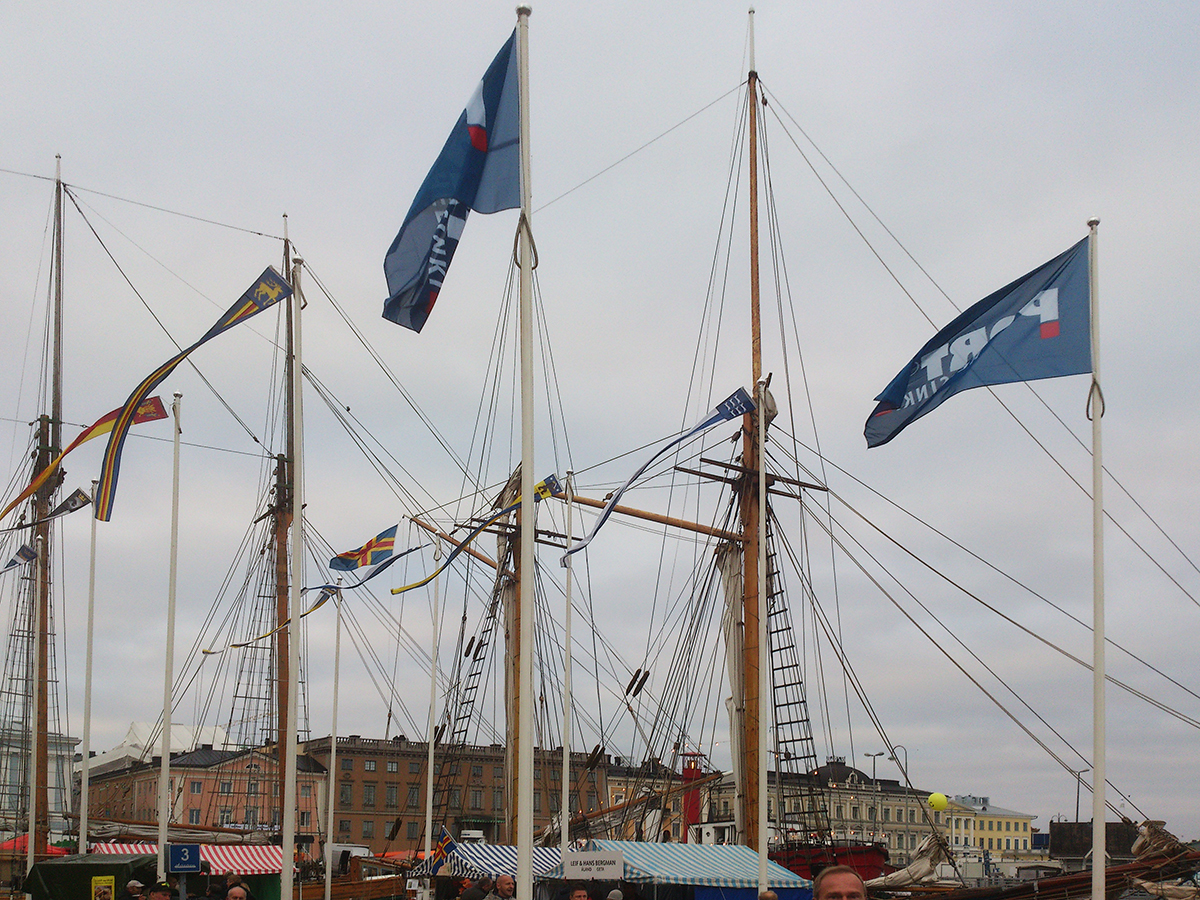 Naa got up first, to go out for the day- We got up later and had brunch.

Irma looked at Facebook and discovered that City-Market were selling buckets of vegetables for 5 euros, including the plastic bucket. We decided to go. They had, of course, gone well before we arrived, so instead we bought some cheap chesse and a half-price crispbread box. We got to the checkout and mayhem ensued. The assistant insisted that we pay full price for everything because Irma hadn’t used her Plussa card at the right point in the transaction. Irma demanded her money back. She then noticed that the bargain bread box was not in fact a bargain. The woman accepted that there was a big notice saying that they were 3 euros but insisted that she could not sell them for that because the machine decided the price.

I have had shorter holidays than the time I spent at the checkout. In the end we left without the box, having paid for everything, got our money back, and then paid again – making sure to use the Plussa card not too early and not too late in the process. We removed City-Market from our list of places to go back to.

Now we are in downtown Helsinki at the harbour where the annual Herring Market has just started. We have bought fish from Jorre and Johanna, and said hello to Magnus and Lakku. The wind is bitterly cold.