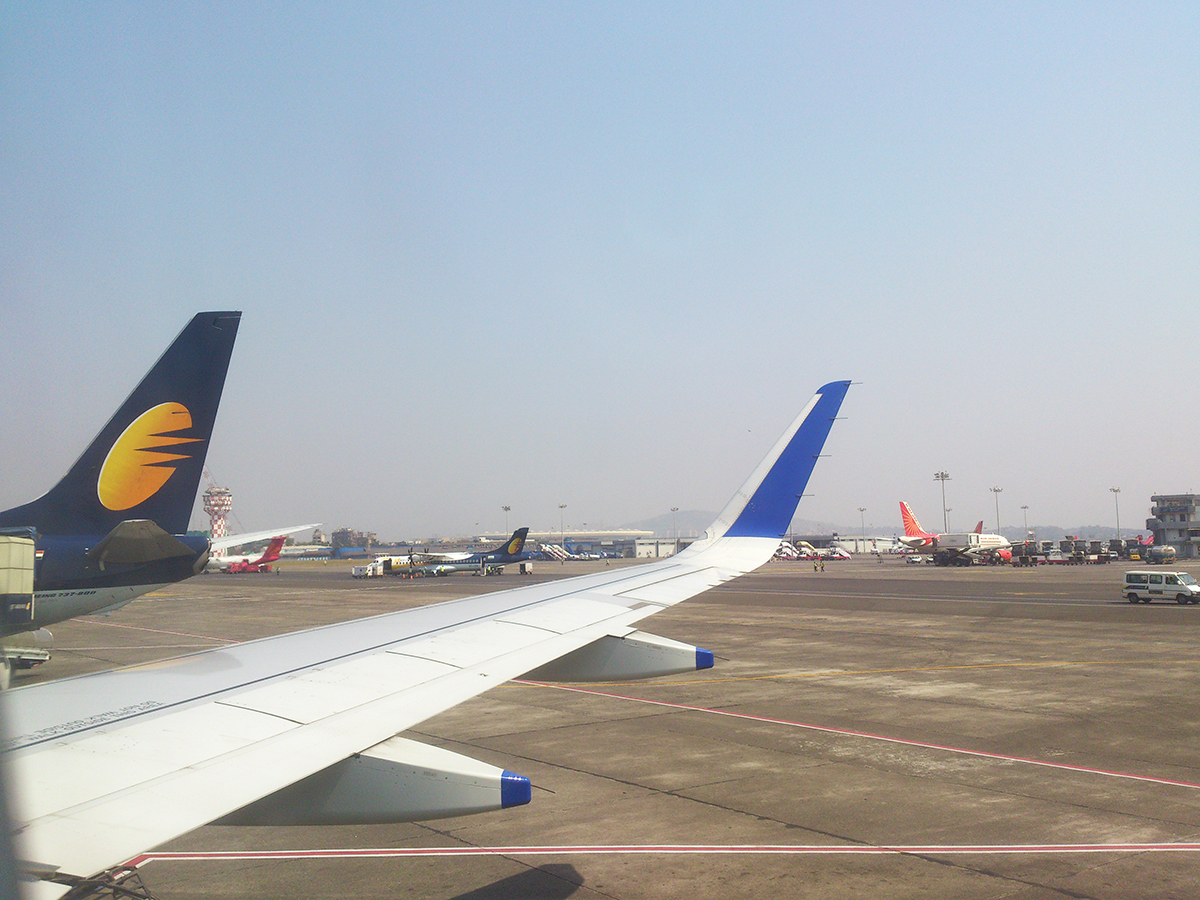 Last night on the flight from Helsinki I watched the first episode of Arrow I have ever seen. I could see what the fuss has been about. It seems to have managed to reinvent the superhero for the post-Lost television audience, complete with mysterious island. After that I slept but Irma didn’t.

Delhi airport was a surprise. Our flight had been brought forward by two hours and so we raced from the international terminal to domestic, and when we got there all the shops, restaurants and displays had been hidden by boards, as the whole airport underwent refurbishing at once.

Now we are on our retimed Indigo flight and the plane has landed at Mumbai. Half the passengers and the crew are getting off while we stay on to wait for new passengers and crew.

Anib and Asha will meet us at the airport and take us to their other house. This will be as spectacular as we remember it, with its only disadvantage being that there is nothing, except the temple next door, within walking distance.

Our adventures will begin when Irma realises that the lock on one of the suitcases cannot be opened. We will all try and then Anib will phone Uday who will turn up and try, and then Molly, who is the caretaker for this house. She will phone a friend and eventually he will arrive and open the case while the six of us watch him.

After this Anib will take Irma and I to Divine Supermarket while Asha waits at the house. Irma will decide that we should fetch the trunks from Blue Breeze right now, because most of our clothing is in them. Anib will drive us there on the way back and we will say hello to Uday again as he lets us in.

Sometime later Irma and I will sit on the balcony, drinking a cold Indian beer, having eaten some food that Irma cooked. We will go to bed and sleep for almost twelve hours.