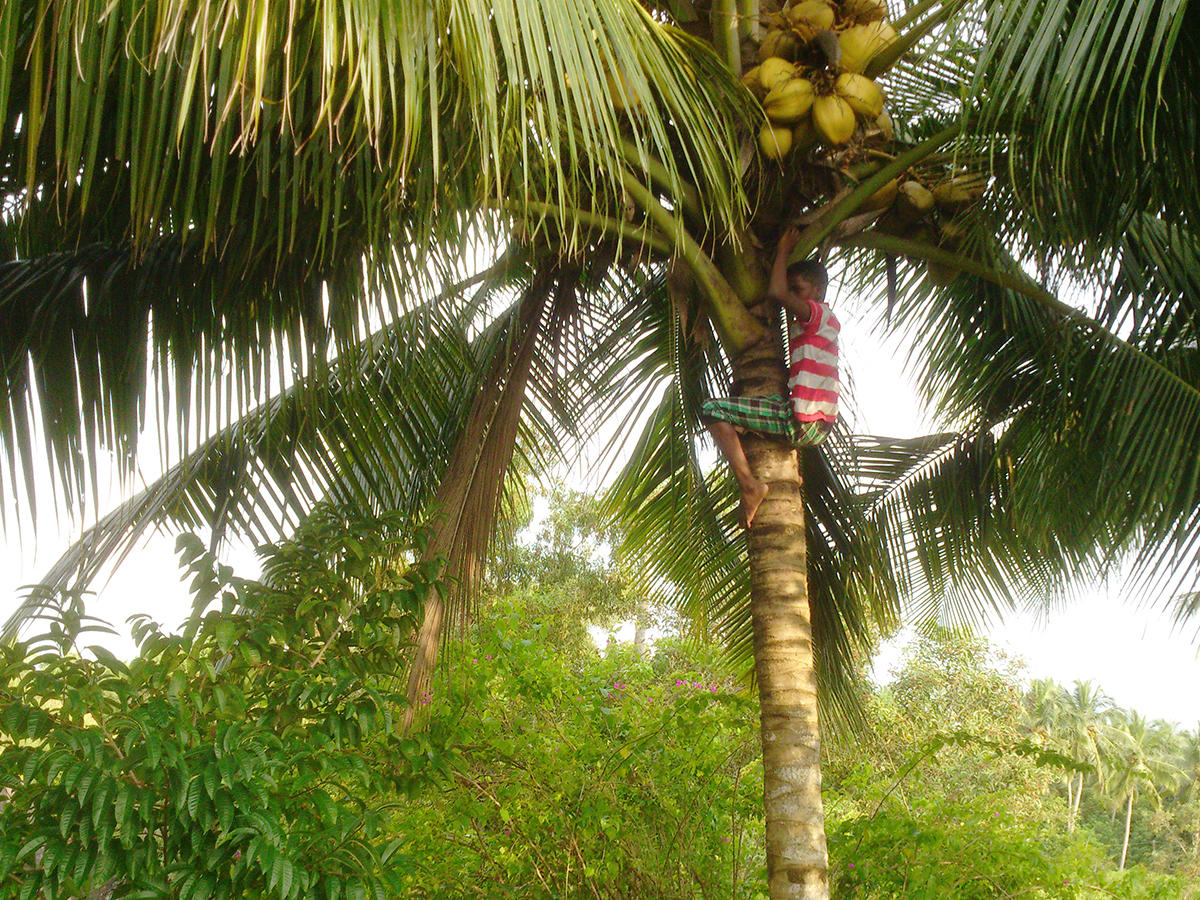 There was an impressively long and loud thunder storm in the night that continued until about 7:00. The electricity went on and off with much humming as the fans switched to battary power.

We got up late in the morning and had breakfast on the balcony. The balcony overlooks a large deep lake that has sheer sides. It was raining very hard, making patterns on the surface of the lake.

Irma phoned Molly and asked about a rickshaw. Babu turned up ten minutes later. We went to Blue Breeze again to say goodbye to the house. We stayed for about thirty minutes. Irma took a lot of photographs and I talked with Uday. Irma found a suduko book that Auo and Naa had been working their way through, leaving times and comments as they went. We took it with us.

We then visited the Zero Waste Centre where I arranged an interview for Tuesday. The atmosphere there seems so peaceful and hopeful, and so it was this time. After that we got a few more things from Divine Supermarket and drove home.

An hour or so later Molly arrived with her family. We all went to the temple next door to enquire about the possibility of getting garlands for tomorrow. We met the guru who was extremely guru-like: even talking about being sad made him smile and chuckle.

Now Molly is showing us Anib’s fruit grove between the house and the temple. There are bananas, coconuts, lemons, mangos, limes and a small bitter fruit that nobody knows an English name for. We are watching Molly’s son climbing a coconut tree to collect three for us.

We will go back to the house where Molly’s husband will prepare them so that we can drink the juice, before splitting them so we can eat the flesh. There are big coconuts and we will be struggling by the time the third one is ready.

Irma will cook the food that Asha prepared for us: a fantastic chicken and sweet potato curry with rice.

After this Irma will decide that we should go to Lighthouse Beach to meet people before we light candles there. We call Babu again, and off we go. He will take us to the far end, the lighhouse end, in fact – and we will walk along towards Leo. As we pass Jeevans we will meet Michael, who is a waiter there now. We hug and say hello.

Anu will be waiting for us at Leo. We will give him a present from Naa and a skateboard that Irma has brought, and we will say hello to everyone who works there. They all knew Auo.

Finally we will walk back to the lighthouse and take Babu’s rickshaw home. We will chat, sitting on the balcony with an Indian beer, before collapsing into our beds.