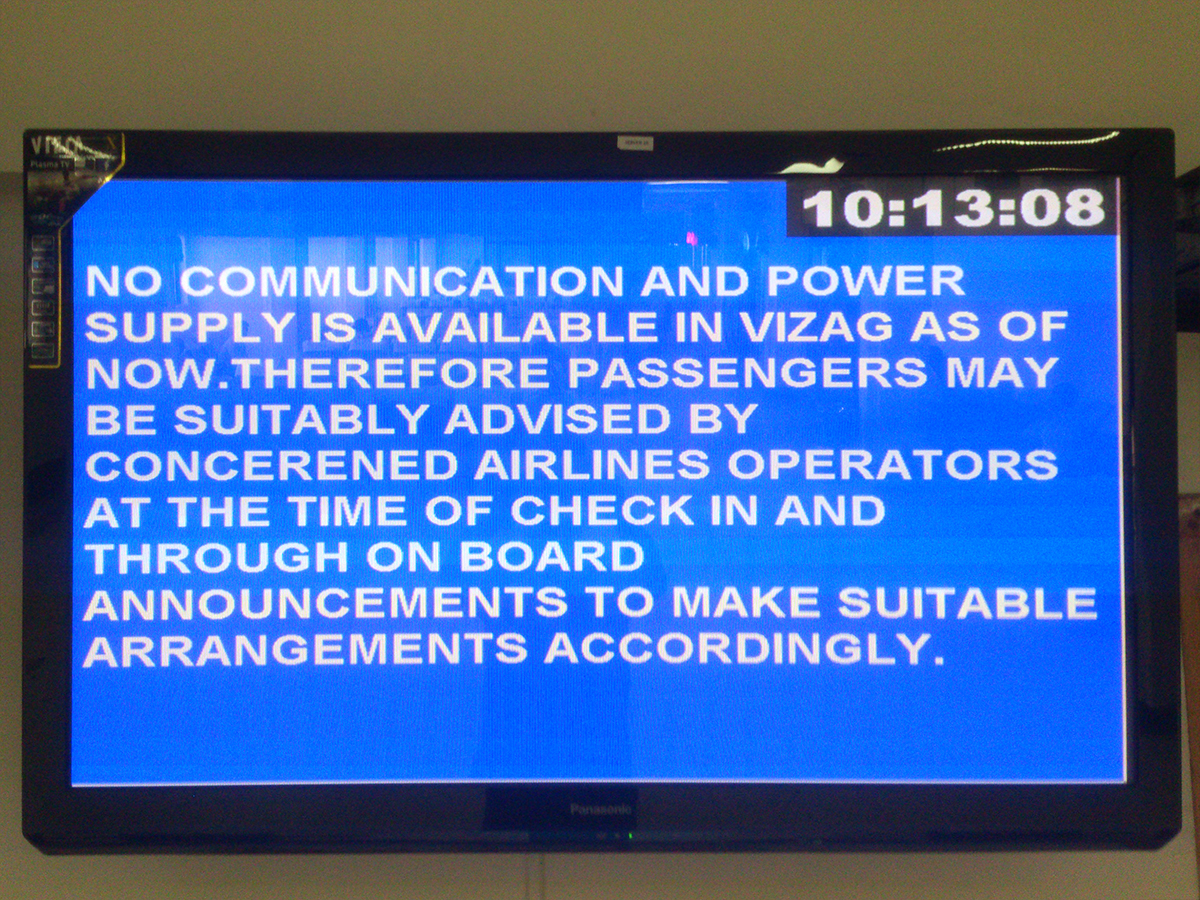 We arrived in Kerala planning to pack everything up, say goodbye to everyone, and leave – probably never to return. It became clear over the last forty eight hours that this was the wrong choice, and that we would indeed be back next winter. On Tuesday I phoned Anib and told him of our change of plans and asked if we could leave the metal trunks here rather than taking them home. He said yes immediately.

Anib also promised to take us to the airport and he arrived at precisely 8:00. We got to the airport in plenty of time and had to repack our bags to minimise the amount of extra luggage we have to pay for. Irma’s packing was very impressive, because it took her about two minutes to shift things around, reweigh the bags, and lock them again.

Now we are waiting for the plane in Trivandrum’s small but very nice airport. The television screens show a revolving series of notices, mostly about departures. One of the notices is this one which is shown too briefly to read properly. I photograph it to check that it is as incomprehensible as it appears. It is. I have no idea what it means.

We will have a reasonably pleasant flight, eating IndiGo’s samosas, wrapped in their fake newsprint bags, and get to Delhi early. There we will take a taxi to the Finnish embassy. The journey to within twenty metres of the embassy will take about fifteen minutes. Finding the embassy itself will take several phone calls, several conversations with pedestrians, and another forty five minutes. During this time we will pass the Australian Embassy three times, going in different directioins each time.

Irma stayed with Eija, the Finnish consul, in January, and we were invited to stay with her again. She will be very funny and full of interesting stories. She will take us the the nearby Italian Club to eat, and we will sit on her balcony drinking and talking until I start to doze off and retire to bed.