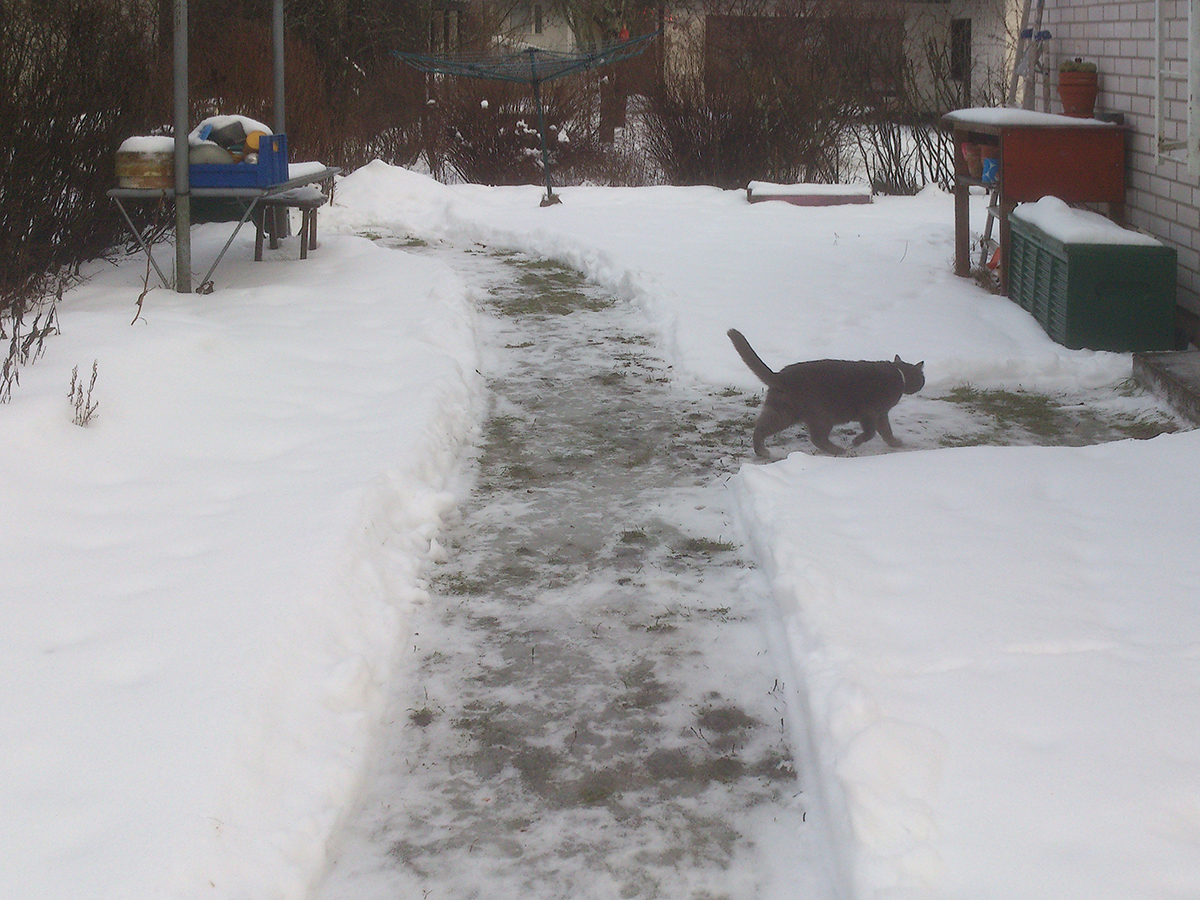 I had to check Irma twice in the night to see that she was breathing and coherent. These were explicit orders from the official doctor for the female Finnish football team. I did this without waking her, but I had difficulties going back to sleep having woken myself up.

We got up about 9:00 and I looked outside and saw that the snow had started to melt. The temperature has risen suddenly to 8 degrees. Where I had made paths the snow has almost completely melted. Irma pointed out that the snowplough has been and left huge lumps of compressed snow along the edge of our drive. If this turns into ice overnight it will be a disaster, so I went out after breakfast and dragged the lumps to the woods.

Then I had a shower.

I am outside again, doing nothing in particular, and Sunshine has followed me and is wandering around the remains of the paths. Now there is not as much snow it has been in and out as often as it can persuade someone to open the door.

Irma and Naa are leaving to get Irma’s medicine. She has refused my offer to drive on the grounds that she is not that dizzy. The post-girl has cycled past and posted me a note telling me I have a parcel to pick up after 15:00. Since the Post Office shuts at 16:00 today I will have to be prompt if I am going to collect the final presents for this Christmas: the ones that Amazon should have delivered on the 22nd and then on the 29th.

When the girls get back I will leave to get the parcel, planning to join Irma in Prisma later. I will wander through Itis to kill time, pausing to look in Gigantti at a cd player they had seen. (Ours is broken.) I will then wander to Stockmann where I will catch sight of Irma. Her planned rest lasted ten minutes, before she was itching to do something again.

In the evening Naa will leave for the centre to meet Jennifer and Roosa Säärinen. We will listen to fireworks and light the two we have bought.