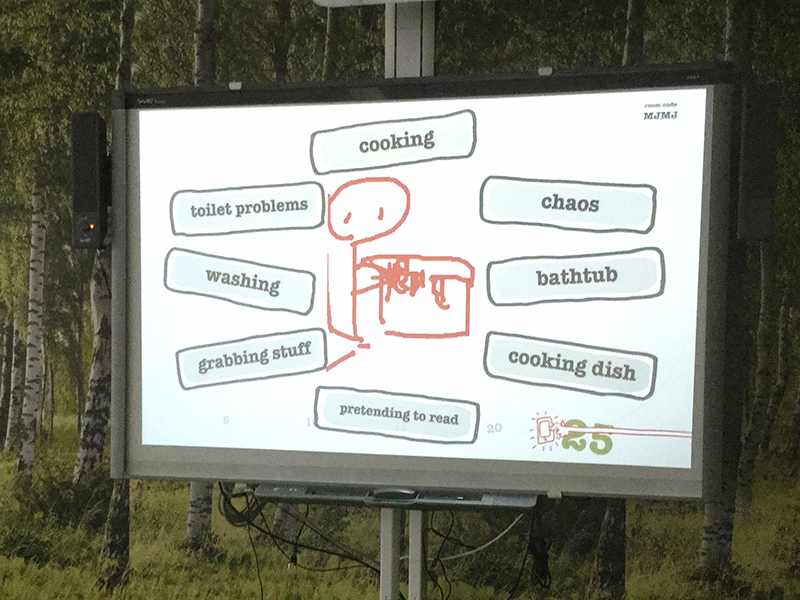 This morning I spent an hour researching the rules behind various simple role-playing game systems. I decided that USR – Unbelievably Simple Role-playing – is probably the best, at least for my purposes.

At 10:00 I had a lengthy meeting with Mats and Tomas in which we made some genuinely exciting decisions. We decided to see if we could combine two courses about innovation – one for the BA degree and one for the MA in Media Management – in such a way that the MA students learned how to lead a team through a process of innovation and design, while the BA students learned how teamwork is done, and how to find your role in a team. If this works it could be fantastic, and a genuine innovation in its own right.

In the afternoon Andrej and I ran the second session of the Social Gaming course. In this session we had asked the students to bring in games, because we wanted to follow yesterday’s theory with some solid practice. Last year the students mostly brought in rpgs. This year they mostly brought in computer games of one sort and another.

We are now playing a game from the Playbox set on Steam. We are in the Oasis space, which is dotted with Fatboys and cushions. The game involves everyone drawing a picture and then guessing what each picture is supposed to represent. The game is being played on everyone’s mobile phone with the results being shown on-screen on a web page. It is working very well and the room is full of laughter and banter.

We will play three different games from Playbox and I will realise that these are not really computer games at all. In each case the computer is simply making it easier and smoother to play a game that could be played in a slower and clumsier way with pencil and paper.

In the evening I will do some ironing while Irma drives to the shops, and then Naa will come home from journalism.

We will all go to bed early because we have to get up early tomorrow. It is Naa’s first A Level exam.