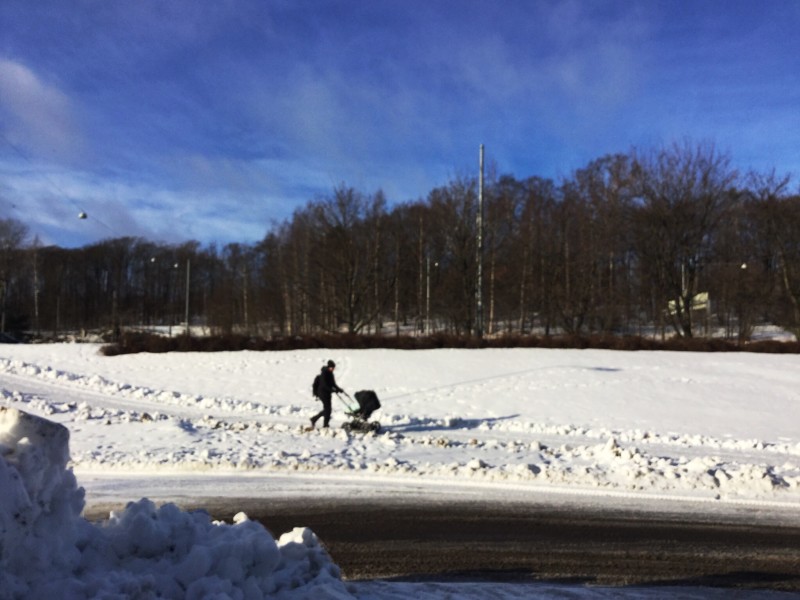 This morning it was snowing again as I left the house.

I had a tutorial about a Master’s thesis, and another tutorial about how to price freelance work in Japan. The first one went well and the second one didn’t go anywhere but was, at least, shorter than the first.

I wrote back to Dave Morley about acting as an opponent for my thesis, and then I wrote a paper for iVersity about our forthcoming MOOC.

Now I have gone outside for a short head-clearing walk. The sky has turned bright blue and the snow is highly reflective. The temperature is just right. The snow is crisp and even.

In the afternoon I will spend some time helping Alexandra get her portfolio site from Arcada’s sandbox server to her own domain at HostMonster. We will have set aside three hours to do this and finish in less than one. I have never seen anything go so impossibly right at every stage. I have never seen the Wordpress export and import tools work so flawlessly.

For some reason students from Åbo Akademi will be downstairs all afternoon demonstrating their robots and Raspberry Pi projects. One of them will be riding an Airwheel up and down the building and I will stop and ask for a go. Moments later, back at my laptop, I will discover that they are a mere 599€.

Now that’s what I call a birthday present!