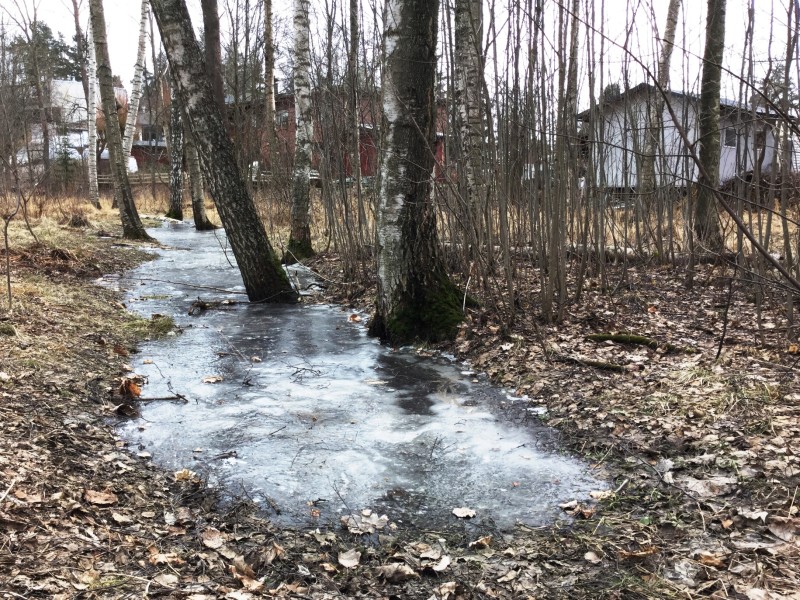 We got up late and had brunch. Naa was still ill. I was going to go for a cycle ride but decided to go for a walk instead. I realised why when I started walking.

Now I have walked to the trees by the children’s playground. To my surprise the ditch or stream is still frozen solid. Presumably it gets very little light or heat. There is no snow nearby and nothing else is frozen; not even the dit h ten metres away.

Later Irma will go to see her father and I will stay home with Naa. She will arrive back feeling as though she is about to get whatever Naa has just had.

Irma will order me a taxi for 5:15. We will eat uunimakkara and shortly sfterwards I will have a shower and go to bed early.

I will be so concerned about getting up at 5:00 that I will keep waking. Every time I wake it will be harder to get back to sleep. I will lay awake for most of the second half of the night.