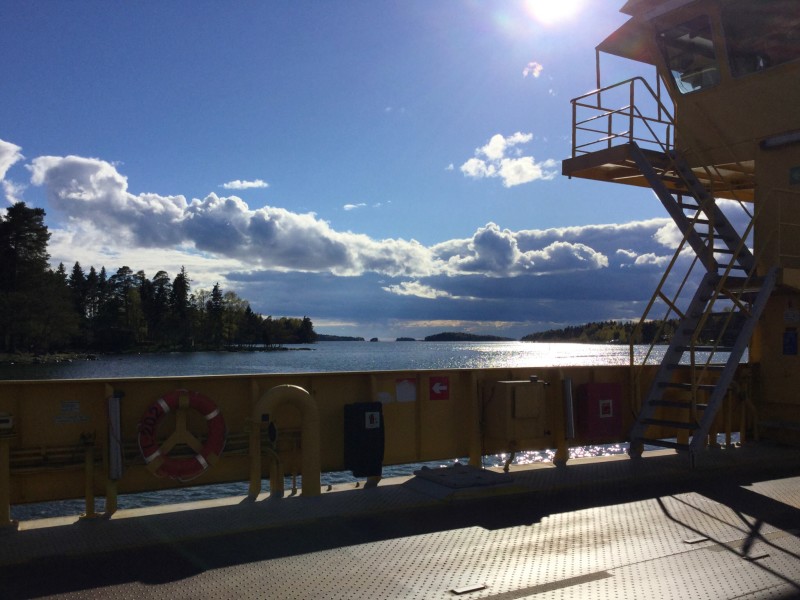 This morning I got up, dusted the shelves and furniture, went round the edges of the rooms with a damp cloth before vacuum-cleaning the entire house. I then had a shower, dried myself, and had a leisurely breakfast.

I had no need to do any of this because there was nobody here to see me, and nobody here to appreciate that it had been done. Also, since I have been the only person in the house since Tuesday, there was less dust to tidy. However I felt good doing it and, once it was done, I liked the tidiness and the feeling of having started the day actively. Going with the flow of habit smoothed the day. If I had got up and started reading or writing, it would have felt wrong all day, and the wrongness would have nagged at me.

Habit, I decided, helps make us what we are. This is not an original thought. Charles Sanders Peirce once noted that “That which determines us, from given premisses, to draw one inference rather than another, is some habit of mind, whether it be constitutional or acquired.”

The weather was bright and sunny so I went for a cycle ride down to the sea. Today is ravintolapäivä and I saw a couple of signs indicating where the home-made food would be available.

Today, however is also Ann-Sofie’s eighteenth birthday party so at 14:30 I left for Sundö with a present for Ann-Sofie and a bag of egg cartons for Camilla.

I got to the 15:45 ferry, as I intended, but I was prevented from boarding it by a man trying to reverse a boat trailer into the car park at Tirmo. It was obvious that he was completely incapable of doing this, but he did successfully block the road until he finally gave up and I managed to drive past him. I, and the car behind me, got to the ferry when it was two metres from the shore. It had three cars on board. It did not turn back.
The man in the car behind me got out and walked back to have an animated argument with the man with the trailer. I sat and read for fifteen minutes.

The party was very nice and I was very glad I went. Camilla had made some wonderful cakes including a proper Finnish sandwich cake that looked and tasted fantastic. We all toasted Ann-Sofie, and then I drank Pommac and Seven Up because I had to drive home again to look after Sunshine who would otherwise have been trapped inside or outside the house for twenty four hours.

As I sat there with my Pommac I wished I could have stayed.
Now I have caught the 18:00 ferry back and I am sitting looking at the islands as the ferry moves slowly towards Tirmo. There will only be two other cars on the ferry and this will be a sign of things to come. The road from Porvoo to Helsinki will be almost empty. It will take me sixty six minutes from driving onto the ferry to getting out of the car at home.

Sunshine will be absurdly happy to see me and will stick close to me right up until bedtime, making odd little whining sounds. I think he is worried about where Irma and Naa have gone to.

He will sleep on the bed next to me for the first time this week.