Yesterday evening we drove to Pellinki, and this morning we went to the summer market. Camilla was there with her daughter Ann-Sofi, who was very keen to show us the sheep.

I had understood that we wouldn’t be allowed to see them again, because they would get excited and then sad, but apparently these are Sheep of Steel, able to bear the comings and goings of their human pals. So at two o’clock we boated round to Camilla’s and Ann-Sofi joined us. She knew the waters, and the position of the rocks, and guided us to Sheep Island. 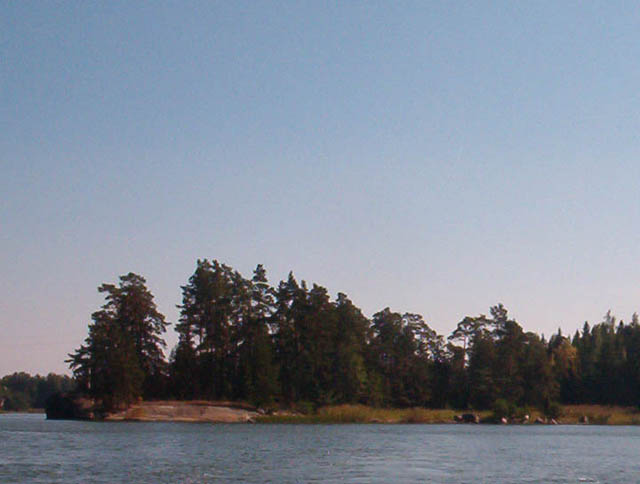 The sheep ran over and we sat playing with them for an hour or so. They seemed neither happy nor sad, although they were friendly, and immediately began exploring the bags – presumably because of residual memories of the bag/bread relationship. 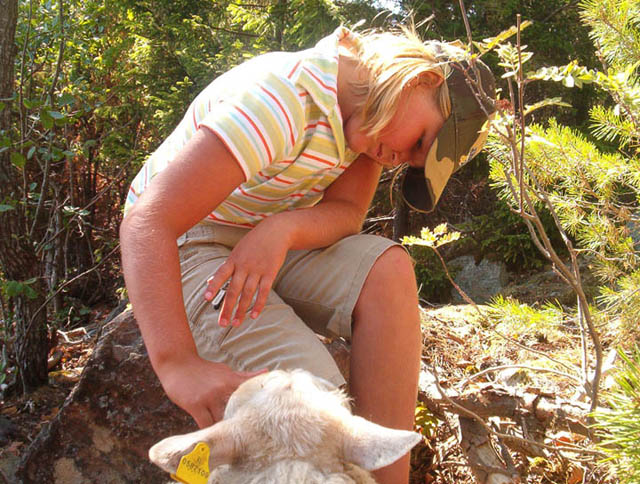 Eventually we left them. They followed us to the water and began bleating. Before we had got out of sight they had abandoned this and gone back to eating.

Traumatised? I don’t think so.