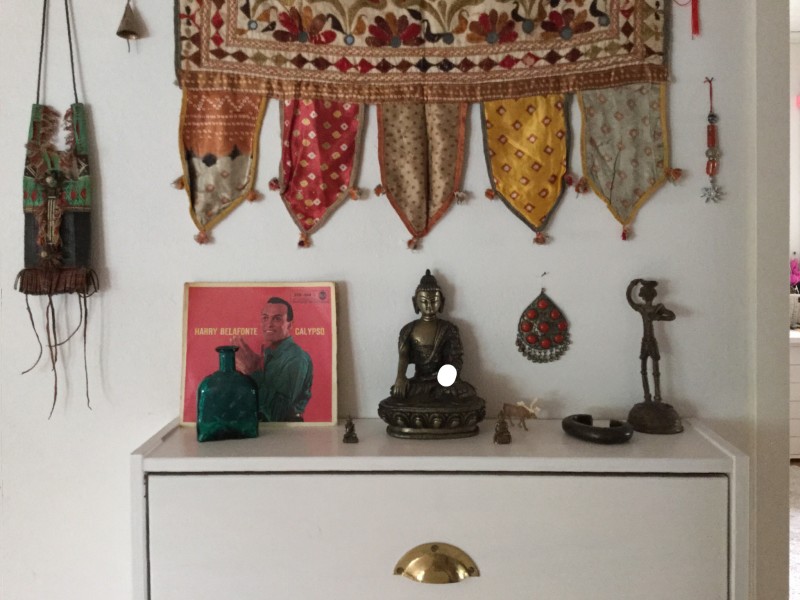 I woke to find that Irma had left me a mysterious message. I should phone her for gardening advice. I had my Weetabix and phoned but got no answer.

I spent the morning finishing proofreading my thesis. Then I made a new “final” version, and emailed it to Hanna, the designer. Shortly before midday my week’s work was done.

I made contact with Irma who explained that the greenery around the sireeni by the side of the house should be removed. I ate two large bowls of her chicken soup, which tastes better the longer it is around, and set to.

Two hours later the sireeni was freed from parasites and I had had a shower. I walked around the house and noticed this arrangement. The EP cover still contains the original record. The moose is from a chocolate egg. The rest are mostly from India, some from our trips and some from Irma’s trips before we met.

Later I will go for a long, strident walk. Irma will go to Stockmann and receive a bouquet as further compensation for her complaint about the bouquet that wasn’t. She will be pleased and embarrassed At the same time.