This spring the girls were asking if they could have an animal in the summer to look after. That is why this summer we have had two sheep living with us in the countryside. I have been familiar with sheep since childhood but, living alongside them, they aren’t quite what I had imagined.

When I was a boy living in Birkenhead, we used to go to the open countryside in North Wales some summer weekends. There sheep roamed freely and would sometimes come up and try to snatch your sandwiches. I learned that they were stupid, hung around in flocks, and generally did nothing but eat (and try to steal sandwiches).

This turns out to be a simplification in almost every detail. Our two sheep are stupid in some senses but not in others. Without appearing to learn anything they nonetheless pick up habits, based on understanding things that are to their advantage. They soon worked out that the watering cans could be relied upon to be full of water and began using them as their cups. They continued to do this even when we provided them with a big bowl of clean water. 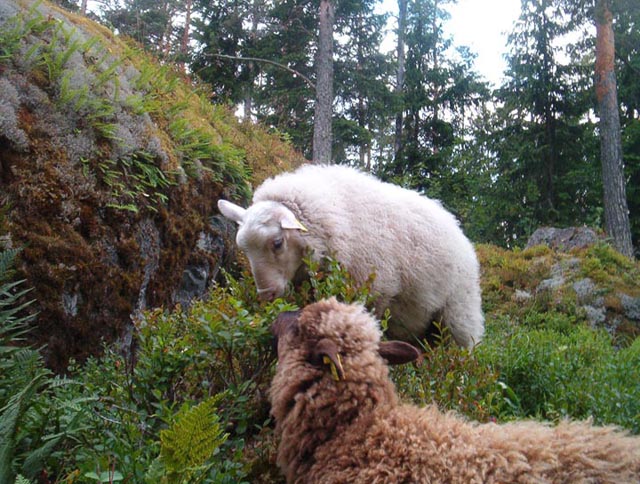 The sheep don’t really have names, because they don’t answer to them so there isn’t much point. They are the brown sheep and the white sheep, except that the girls have each claimed ownership of one, so sometimes they are “my sheep” and “her sheep”.

They soon learned where the pen that I had built for them was located, and in the evenings they make their own way there. If they are not let out soon enough in the morning they try to dig their way out. They have succeeded in this about three times, and each time has meant rebuilding and strengthening the pen.

They are also surprisingly affectionate. They hang around with the girls (and with us), and try to get into the house if they can. They will sit by your feet chewing, and follow us around, whenever they are not engaged in full-strength eating.