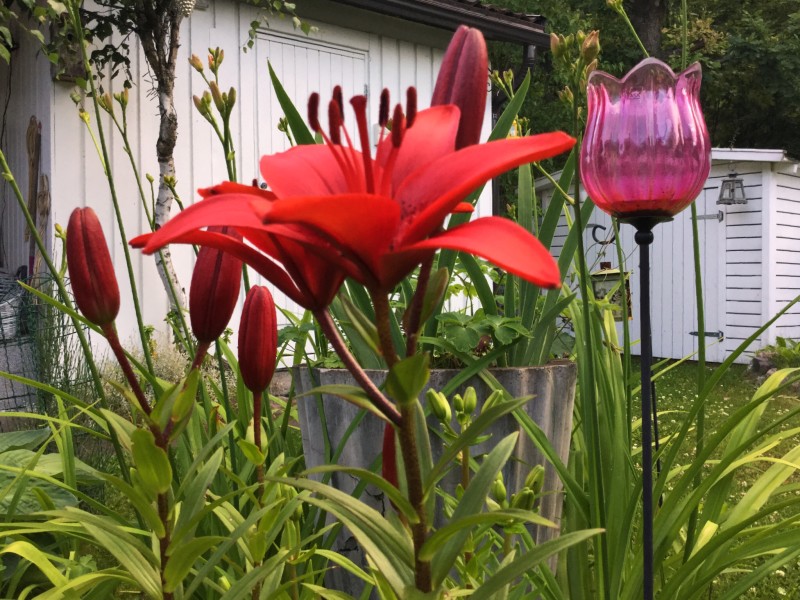 This morning was sunny and I got up and washed my hair. I was standing outside drying it when Irma got up.

Naa was working and we had a late breakfast outside in the garden for (I think) the third time this summer.

Then we did washing using the washing machine. I fetched the water for two loads from the well, which was 300 litres since we realised that less is more. Last year it would have been 360 litres, because in those days we thought more was less, or (alternative theory) I couldnt get enough of using the well.

I liked this. It was exercise with a purpose. I wished that the weather had allowed us to do more of it more often.

Naa finished work and Irma and I left for Helsinki. Naa will spend the night with Sunshine.

Now we are at home, sitting outside talking. The flowers are in bloom and we are watching two birds mating while balancing on a telephone cable. These birds have lived here since we arrived. They are a consoling form of continuity.

Later we will look at some television for the first time in weeks. We will find it dull.