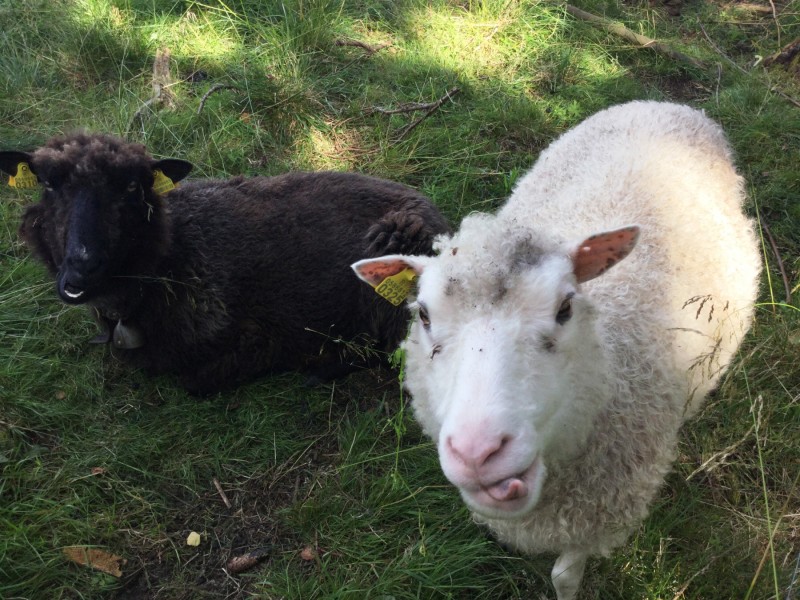 There is one particular sheep whose name I do not know that seeks out human company at every opportunity. It also sticks its tongue out and makes unusual facial expressions.

Today there is a large, rapidly organised demonstration-cum-carnival in Helsinki to celebrate multicultural Finland.

This is in response to a strident post in English by Olli Immonen, a right wing politician and True Finns MP, who said that he is “dreaming of a strong, brave nation that will defeat this nightmare of multiculturalism. This ugly bubble that our enemies live in, but will soon enough burst into a million pieces. Our lives are entwined in a very harsh times. These are the days that will forever leave a mark on our nations future. I have strong belief in my fellow fighters. We will fightto the end for our homeland and one true Finnish nation. The victory will be ours.”

We will decide not to return to Helsinki, because of the cat and Naa’s work but we will post and tweet all day.

We will also walk further into the island to collect blueberries. They are now plump and juicy, and we will pick enough for dessert.

Later in the day, Immonen will announce that he (and his Bosnian muslim wife) are leaving for the southern hemisphere for a “relaxing holiday”.

His wife has, perhaps conveniently, declared herself an atheist; and a firm believer that, now she is here, there is no more room for immigrants in Finland. The technical term for this kind of belief is “pulling the ladder up after you”. It is usually regarded as a bad thing.