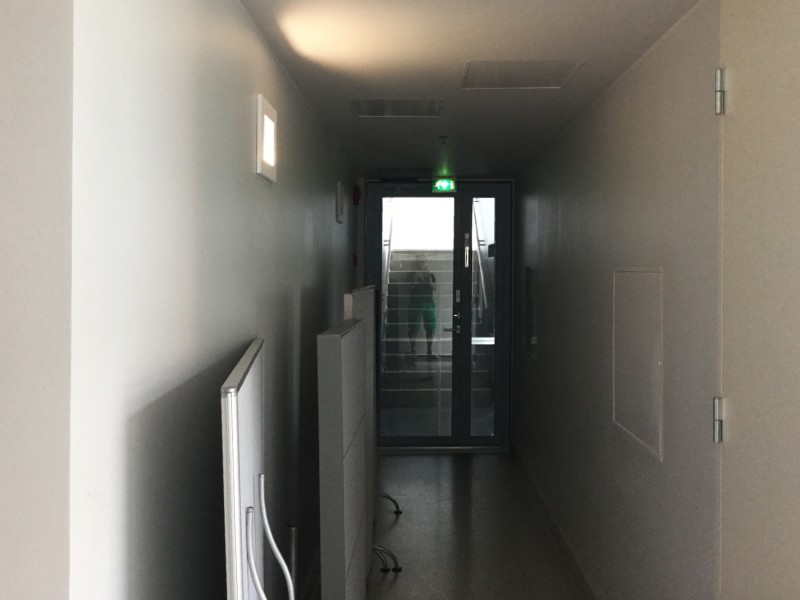 Naa has today and tomorrow off work as rest days, and Friday off work because she is coming to watch my doctoral defence. She was fast asleep when I left for work.

There had been warnings of thunder but none actually happened. I cycled to Puotila in what has become a fixed routine. At 10:00 Jutta and I held a lengthy tutorial with a student who was not sure how well they were doing and what they wanted to do. The answer was that they were doing better than they thought they were, and that they would be silly to give up at this stage.

I will spend the rest of the afternoon preparing my thesis defence. I have realised that the speech I have prepared is in fact about the length of three speeches and would make a great one-hour lecture. I will start chopping it down, and wander round the building while doing it. I find it difficult to do this kind of thinking sitting down, and always have.

Now I am wandering down to the end of the corridor, while juggling the structure of the speech in my head. I will decide that this is the right way round. I would rather be chopping a long speech down than trying to puff a short speech up into something bigger.

I will also realise that the bits of the speech that will soon be hitting the cutting room floor will form the basis for two lectures in a course I will be teaching in Period 3. And, apparently, I already have all the slides prepared four months ahead of shcedule.