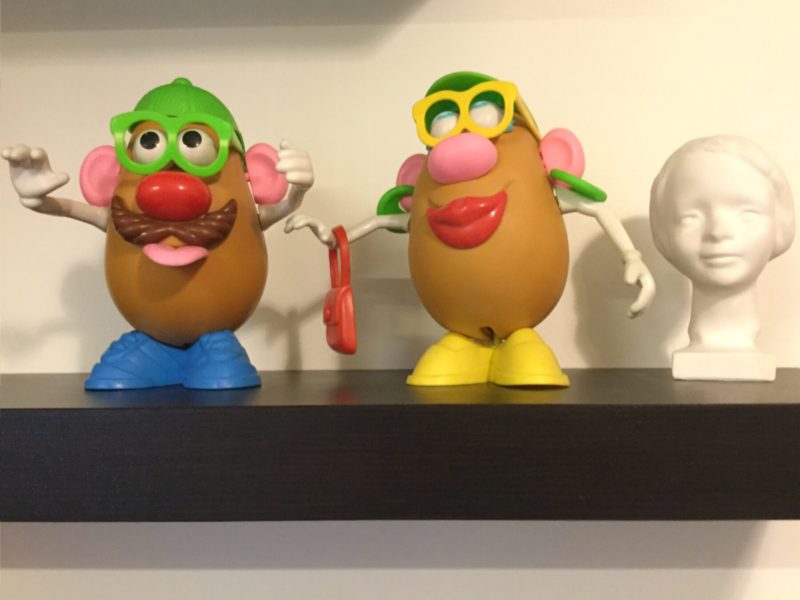 Today continued the week’s routine. I got up and cycled to Puotila and then continued with the preparations for the CMS class that starts in ten days. I walked from Kalasatama and then at lunchtime I walked back to collect festival leaflets and posters from Pixelache. By the time I walked back again to get the metro I had walked almost ten kilometres.

When I got home Naa was there ready to look after Sunshine while we drove to Pellinki. However the weather was getting worse and we were all secretly relieved when we decided to turn the weekend into a day trip tomorrow. We decided to see if we could tune the 20€ television that Naa bought and when it was tuned we decided to take it, and her, round to her apartment.

We are in Naa’s apartment and the television is in place working fine. Finally, about five months after moving in, she can watch Australian Masterchef again. Irma had also packed some other things for her to bring around. Among them are Mr and Mrs Potatohead which I bought for Naa and Auo years ago in a sale at Barnes and Noble in Denver Colorado, while I was there at a conference with Steve Bronack. Naa was immediately happy to see them and as soon as we got here she assembled them and put them in place.

I have always liked Mr Potatohead, and had one of my own when I was a child. In those days though, you only got the limbs, noses and hats. You were supposed to supply your own real potato for the body.